Tama is a strategic board game for one or two players, available in Google Play Store and in iOS App Store.
You can play against the computer or against another player on the same device or on different devices in the same WiFi.

Rules:
The game board consists of 121 fields. In turns each player makes a move. There are 2 different moves.

Place:
When you tap on an empty space an own ball (tama) is placed there.

Expand:
When you swipe up, down, right, or left, you expand your area if the adjacent fields are still empty. 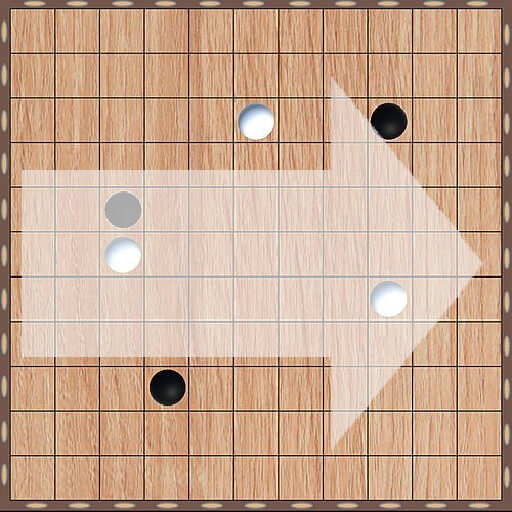 White and Black have each set 3 balls in their first moves. 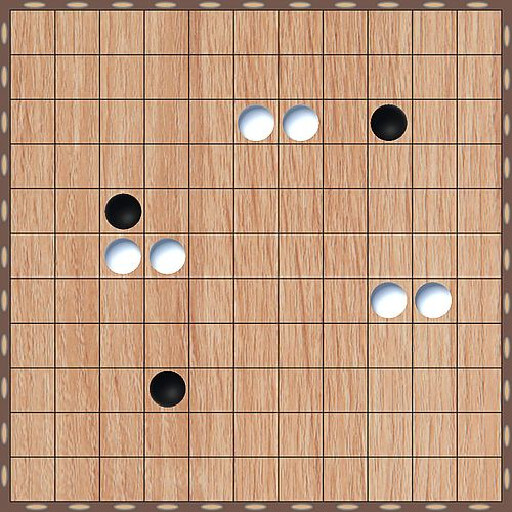 White expands his territory to the right and occupies 3 new fields.

The player who occupies most of the fields with his balls wins the first match. Then there is a return game, which starts the other player. The player who receives the most points in the first and second leg wins the game.

In other games there are additional elements (blockers, fireball, lave and flood) to explore and skillfully use.

Multiplayer one device: Player vs Player
In this mode, 2 players can play against each other on a smartphone or tablet.

Multiplayer WiFi: Player vs. Player: In this mode, two players in the same wlan network can compete against each other. It is even possible to play with an android smartphone against a player with an iPhone or iPad. 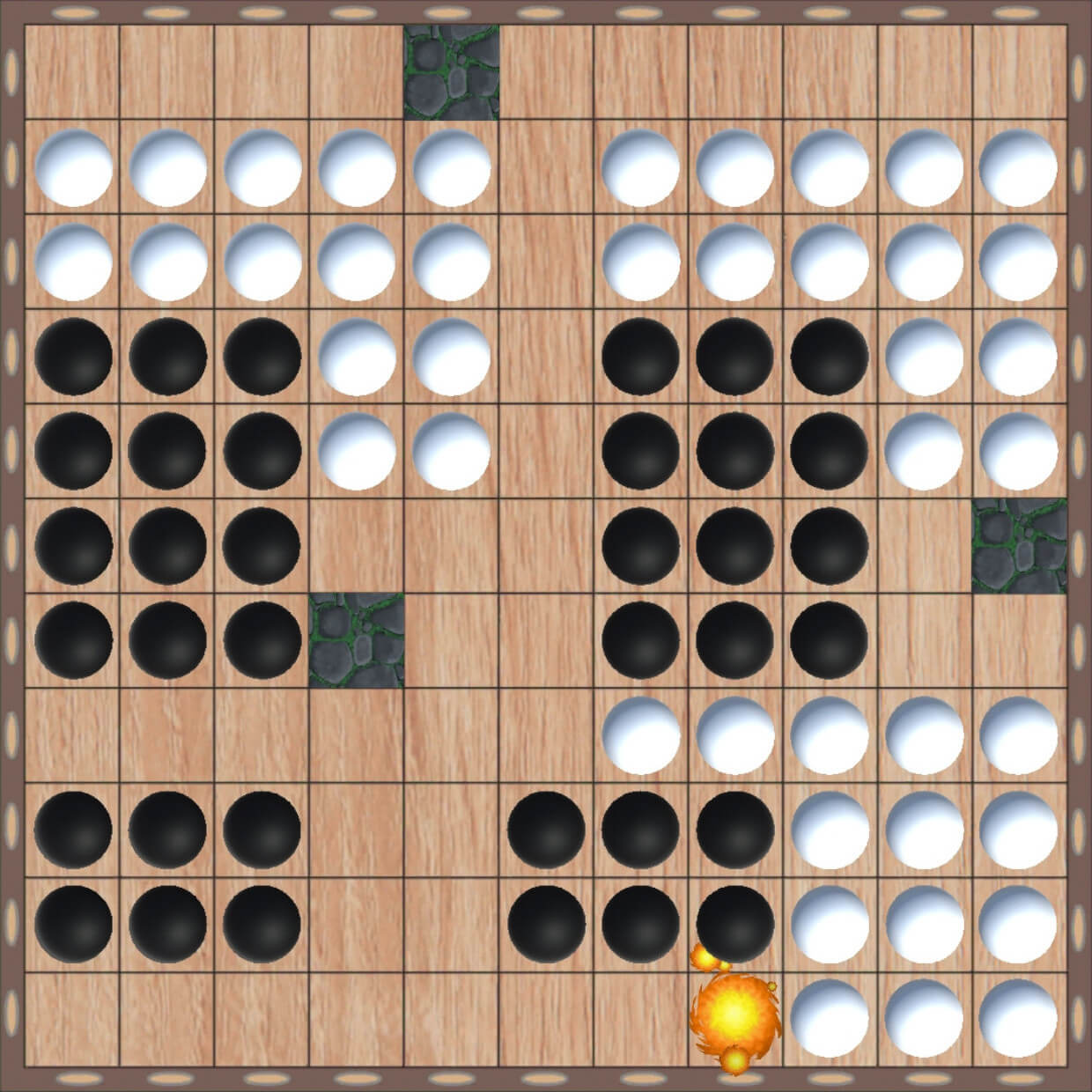 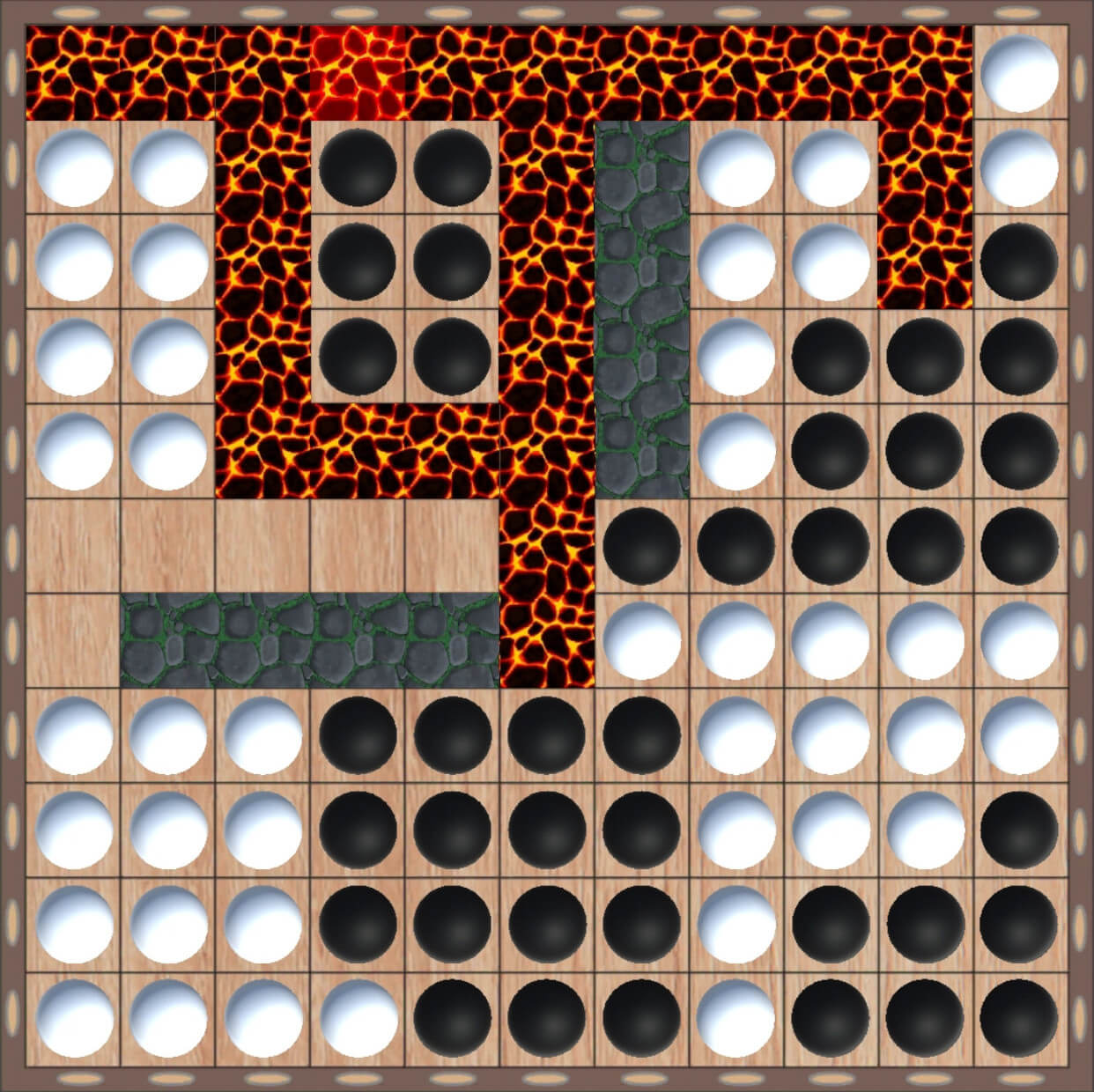 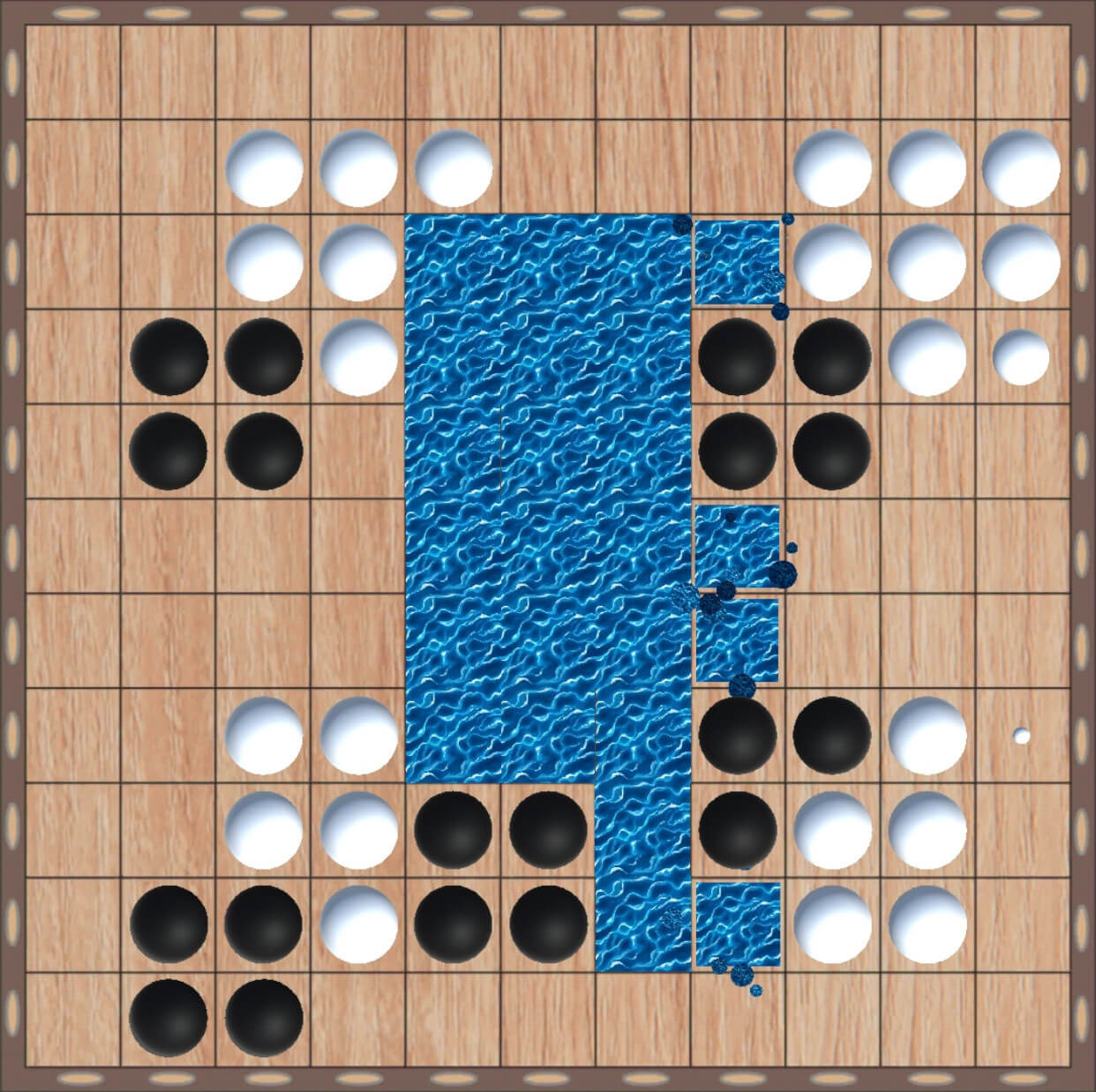 Above you can see three level games with the elements fireball, lava and flood. If you swipe in one direction, the fireball, for example, moves in that direction and destroys several enemy or your own balls.

The more balls you can place on the game board, the more points you get for a victory.