Stefan Dorra
LaudoStudio 2020
free board game app for one or two players.
Playable online and offline

Yuca is a small, fast, exciting board game for one or two players that is available as Yuca board game in the Google Play Store and also in the iOS App Store. 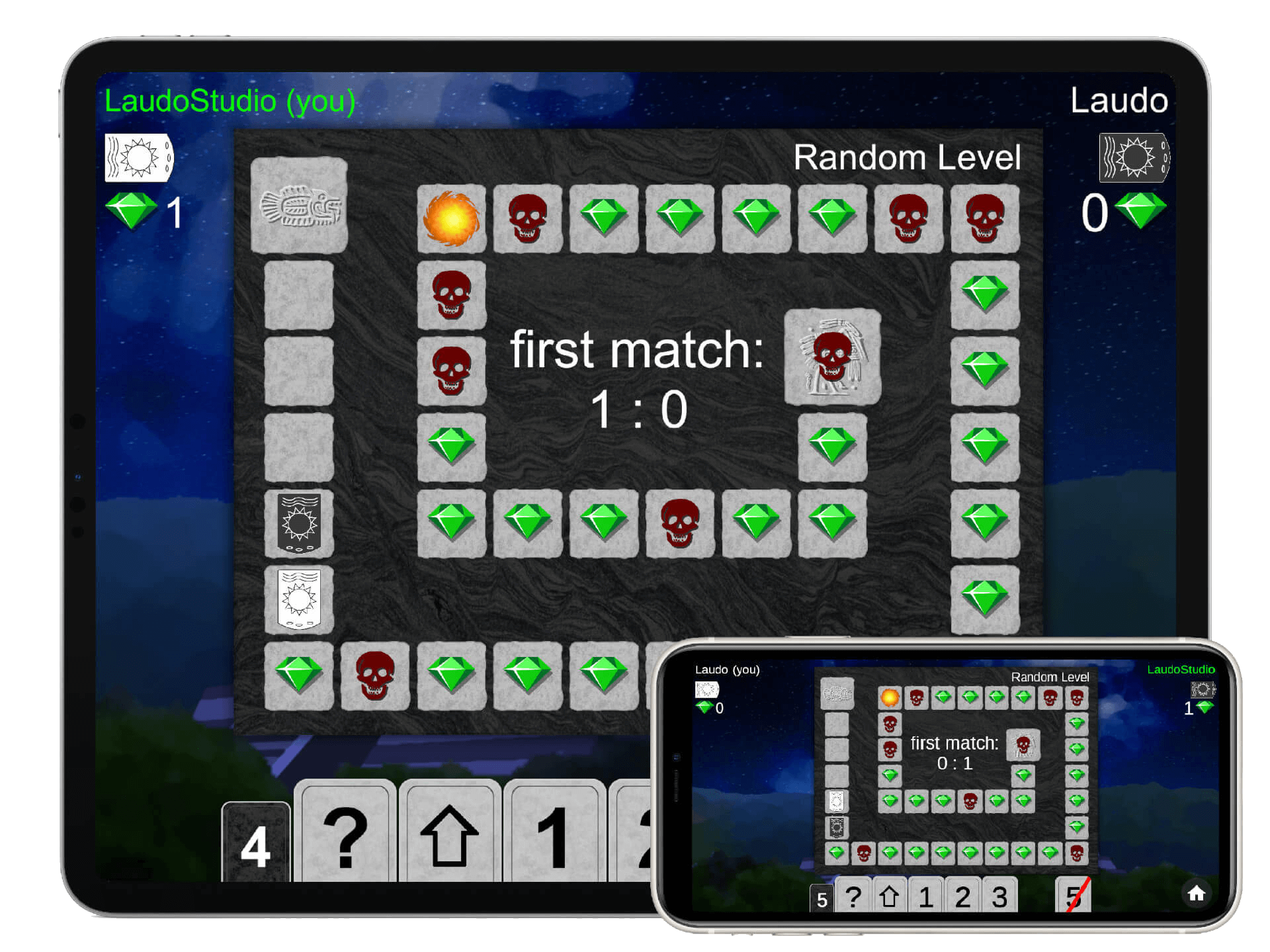 Rules:
We are in the inner corridor of an ancient Mayan pyramid. On the narrow path in front of us are gems, skulls and sun symbols.

Restriction:
The opponent’s last played card cannot be played. For example, if the computer has played the 5, the player cannot play the 5 on his next move. But when he plays the ? Card, his playing piece also runs 5 spaces.

First leg & return leg:
The player who scores the highest score wins the first leg. Then there is a return game so that each player starts the game once. An overall winner is determined from both game results. Note: A player never gets minus points in a game rating. In the worst case, you score 0 points in the first or second leg. 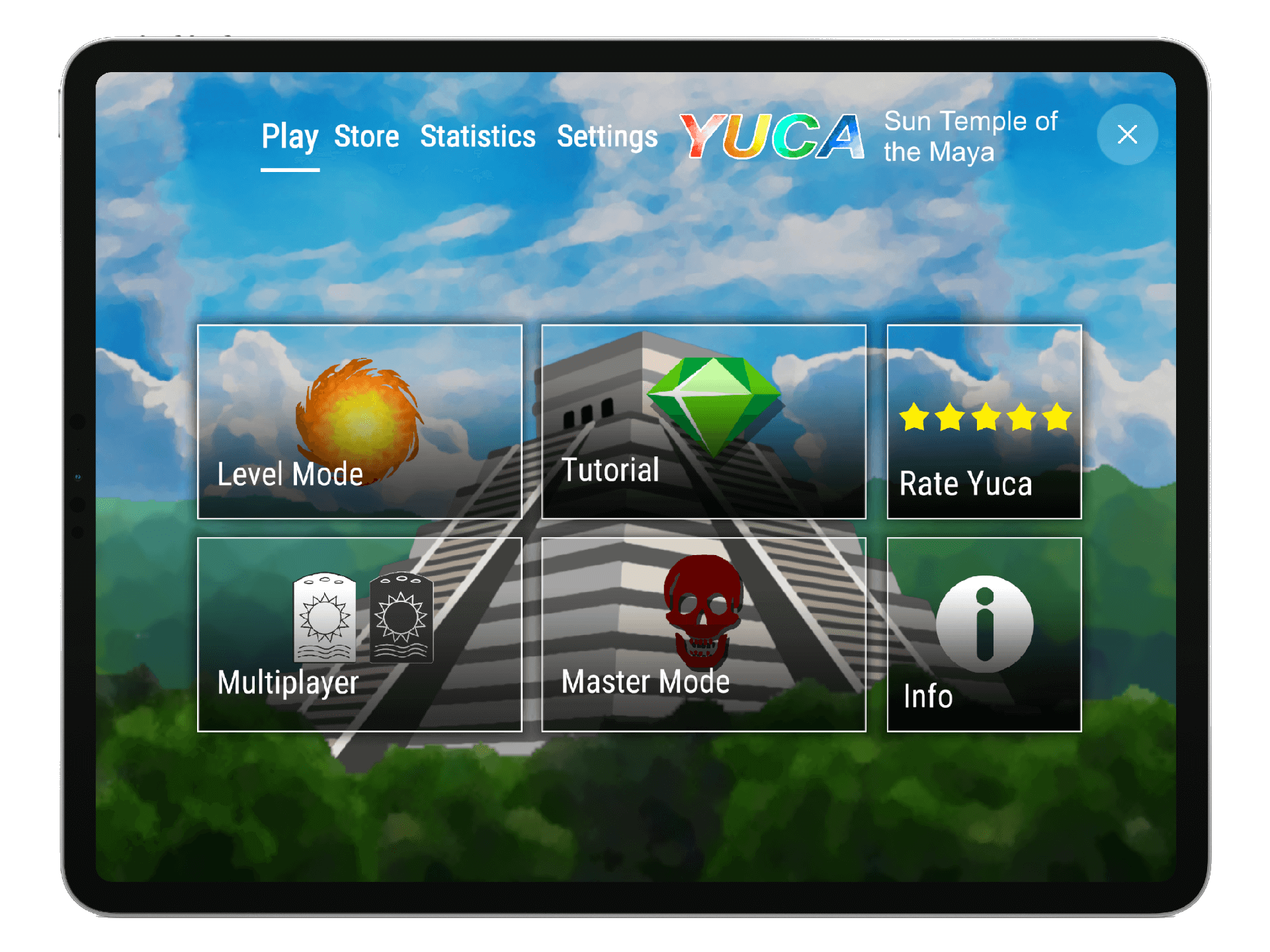 Tutorial:
There is one tutorial game with guided moves. All the rules of the game are quickly and clearly explained here.

Multiplayer: Player vs. Player
In this mode, two players in the same WiFi network can compete against each other. It is even possible to play with an android smartphone against a player with an iPhone or iPad. One player creats a match. The other player joins the match. A random game board is generated. The Multiplayer-Mode will be unlocked if the first Level has been won.

Master-Mode: Player vs Computer
This is the highlight of the game. The Master-Mode will be unlocked, if 10 levels have been won. In this mode you play random games against the Computer. Try to win as many games as possible in order to reach the next level

Who wins against the computer receives victory points, which flow into the championship ranking. Whoever wins several games increases in the highscore and can reach the next level. But be careful, if you lose a game, you also lose the points of your current level. It's not tragic. A level once reached is always retained. In further games you can win points again to reach the next level.

The computer has its own tactics and does not remember which cards the player has already played. The master mode is only activated once 10 level games have been won. 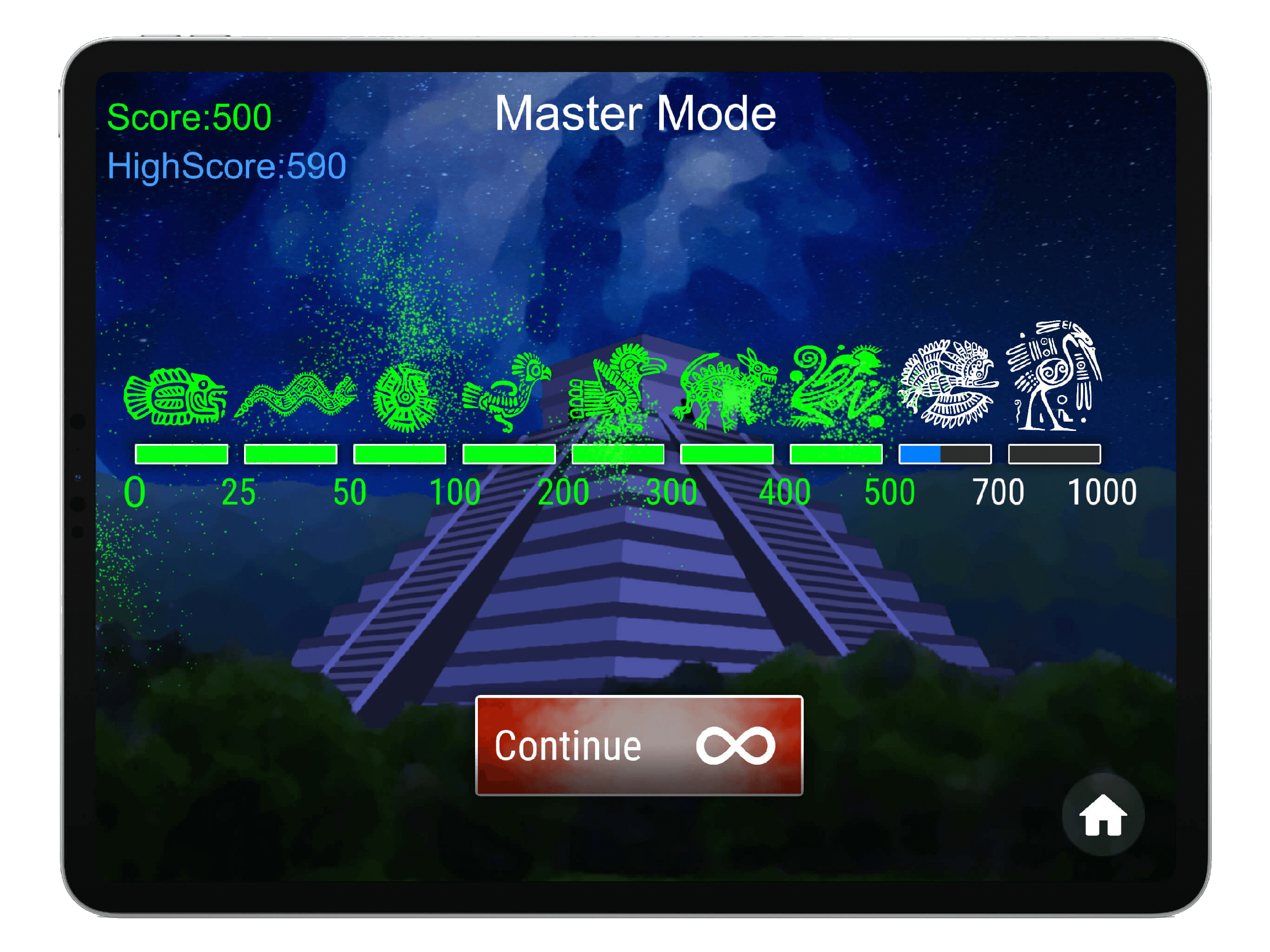 This is the game "OzziKraKra" (Level 10) with one sun amulet. 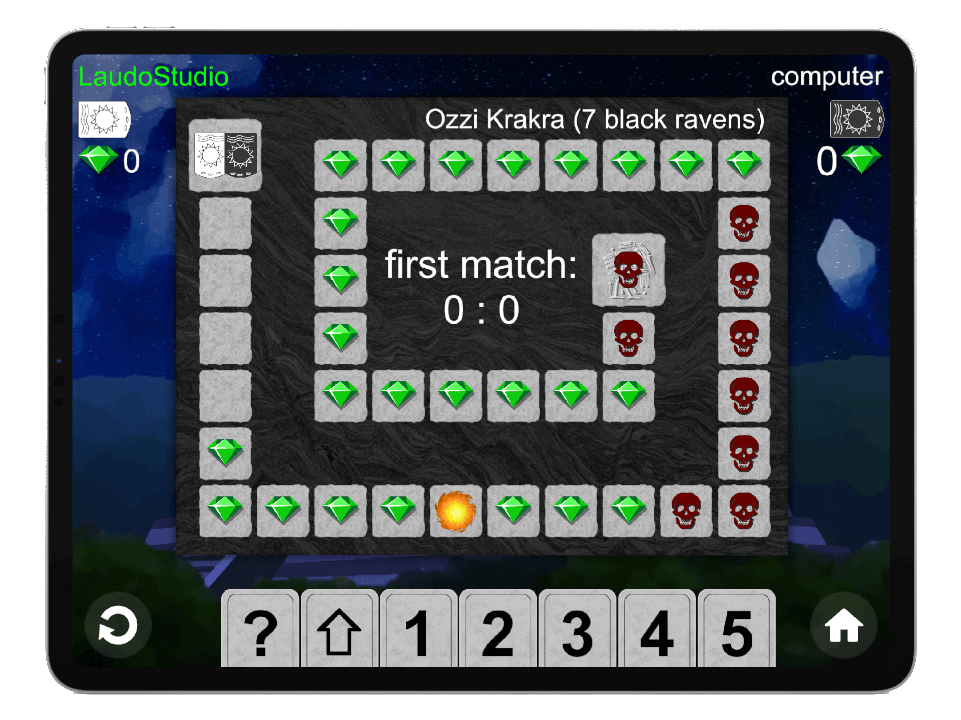 As soon as a player reaches 1,000 points in Master Mode, he receives the new God Mode as a reward.

Have fun with Yuca!